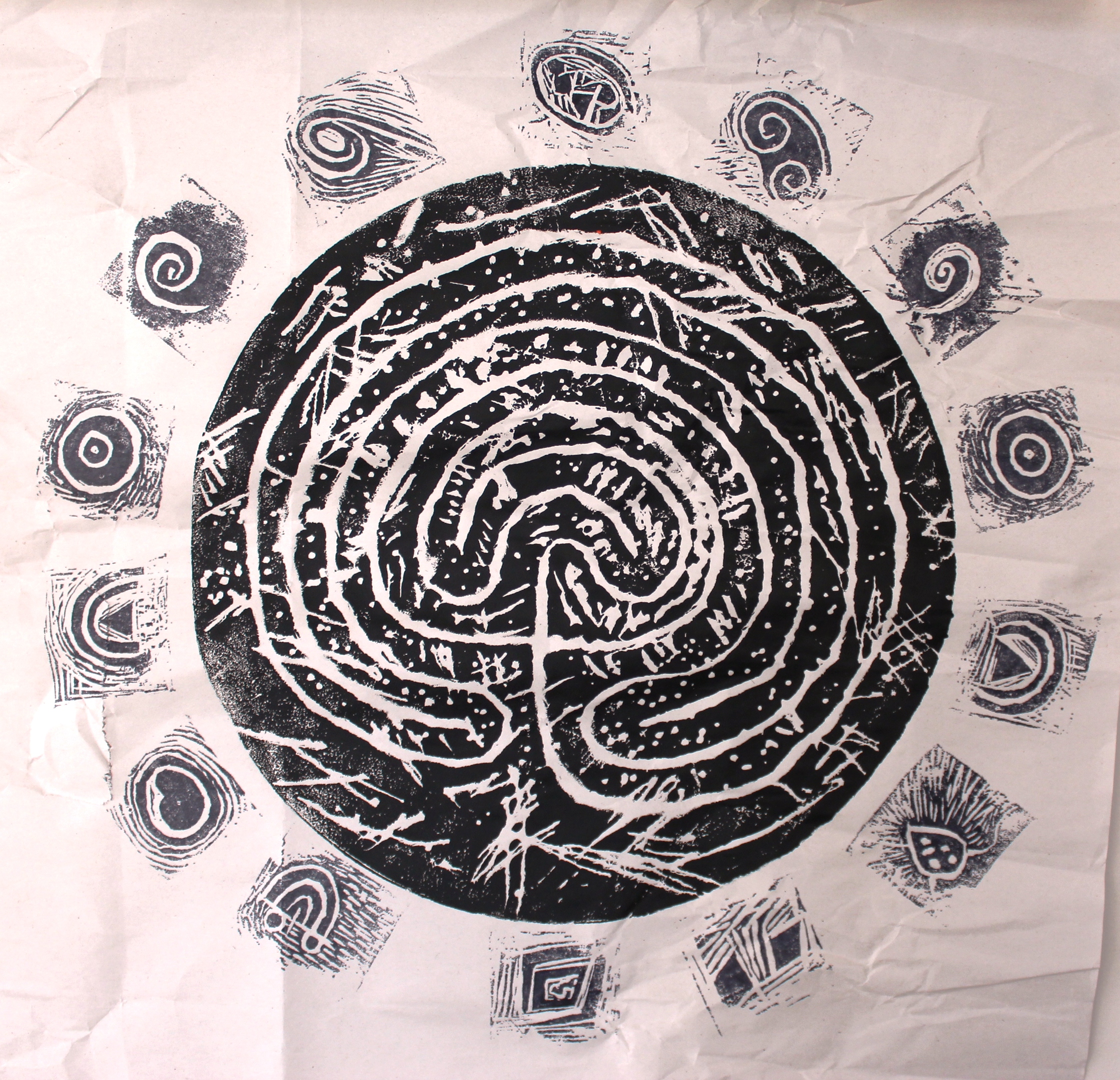 I’ve been looking at neolithic petroglyphs for a number of weeks now. Sites like Knowth and Newgrange, created the need in me to build an environment like the wax labyrinth. Objects like phallic relics, mace-heads and later medieval deities the Sheela-na-Gigs give a sense of a culture of ritual, seasons, understanding and fertility.  Considered grotesque, the Sheela-na-gig image is quite shocking when you see it first. Essentially she is a vernacular folk deity associated with pregnancy and birth. With the rise of Catholicism she was destroyed, removed and hidden from view. Just like the tradition of St Sheela’s Day on the 18th of March, which is no longer celebrated. The day after St. Patrick’s day 17th March, there are pre-famine references to Sheela being Patrick’s wife. There are currently 101 recorded Sheela’s in Ireland and 45 examples in the UK, but they can be found across Europe including Norway & Italy.

This language of form and mark making interests me, some ancient order in a chaos of unknowns. I began to wonder how it was going to connect with my work.

As a side activity, I have been assisting a friend with a case study for a course she is undertaking in Shamanic healing. I had assisted her before when she was doing her Reiki exams. I have completed 3 shamanic breath work sessions and this time, for convenience they were held in my studio. I enjoyed this diversion and ritual, the burning sage. Stones. Iron cauldrons. Salt and water.  It is a participatory experience, a guided journey not at all passive, empowering but requiring full involvement. I wrote this after the last experience on the 14th December.

Know’th thy macehead, Sheela. Sheela emerged from the labyrinth in winter. Marble green. Burnt sage. Sacred stones in her pockets to be kept and cast.

I began to think of myself fractured into symbols on the walls of the labyrinth, a self as a collection of petrogylphs that can be used in various combinations to create many versions of the whole. Susan as Sheela.

After sketching out a rough plan to map out my symbols in my notebook I transferred the drawings to small squares of lino. The symbols relate to organs and parts of a female body – brain, eyes, ears, breasts, heart, hands, womb, vagina, anus, feet.

I carved them out using a rudimentary style. I added a piece of cork on the back to work like a small knob for ease of printing. After testing the lino stamps I combined them with a relief print of a labyrinth. 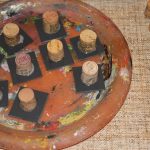 I do like the aesthetic of the final print test, albeit a little pseudo Celtic and bordering on gift shop merchandise lol!

But I think I will do another print run on heavier A2 paper as I am in the flow. I plan to incorporate the petroglyph stamps on the monoprint series ‘echoes’ (which has taken a little longer than expected as there are 44 separate colour prints.)