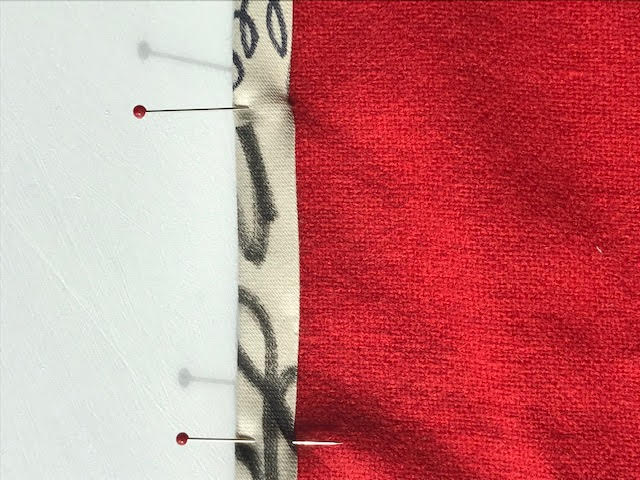 In April 1872 an investigation took place following the discovery of the body of a female infant child in a stream at Ballycraigy near Antrim. The mother was taken into custody and charged with murder, only to be later given a verdict of not guilty and released. At the time of the discovery the child had been found with red flannel around the neck. A lady, who was a nurse to the child, informed the authorities that when the child had a slight cold she would put some red flannel around the neck.

In 1880, during a court case relating to the alleged theft of sheep, a description of the suspect was given. It was noted that this person had been muffled up to the chin and his head bound round with red flannel. It was reported at the time that “it was not uncommon for parties to wear mufflers and red flannel during this inclement season…”

There will be many people whom I have met, that when asked can relate their own experiences relating to the use of the flannel. The women spoke of red flannel stays that their mothers made them wear, “it would mind you during mensuration, guard the back and innards during pregnancy” and “hold you in place after the baby”. There is a power to that statement Hold You in Place. Much of my art work holds me in place, anchors and tethers.

Spade work, shoveling, digging and ploughing in all weathers rendered many workers susceptible to maladies such as lumbago. Men who worked in quarries were at particular risk. The farmers and laborer’s would tie red flannel around their torso and tucked in below their trousers, or have it sewn into their shirts. B.Mackin told me that she sewed the piece into her sons shirt. The woman in the fabric shop told me it was blessed by Brigid and to hang it out every year to catch the dew for three days on Imbolc (Brigid’s Day). I did this year, in lieu of my Heller Cardiomyotomy. The flannel had a warming effect. It was often said that red flannel had the same effect as a cure or charm when applied to various ailments.

One Victorian book, titled “Consult Me” explains that nothing better can be worn next the skin than a loose red flannel shirt. The looseness allows the material to move on the skin “causing a titillation” which in turn draws the blood to the skin’s surface where it is retained, assisting the wearer in avoiding the cold. The flannel was regarded as a slow conductor of heat. Another similar book from that era recommends that during winter months everyone over the age of 40 years and younger persons who are not in robust health should wear flannel clothing. There is also a reminder to the reader that when your flannel petticoat has worn thin it can be turned round, doubling the life span of the garment.