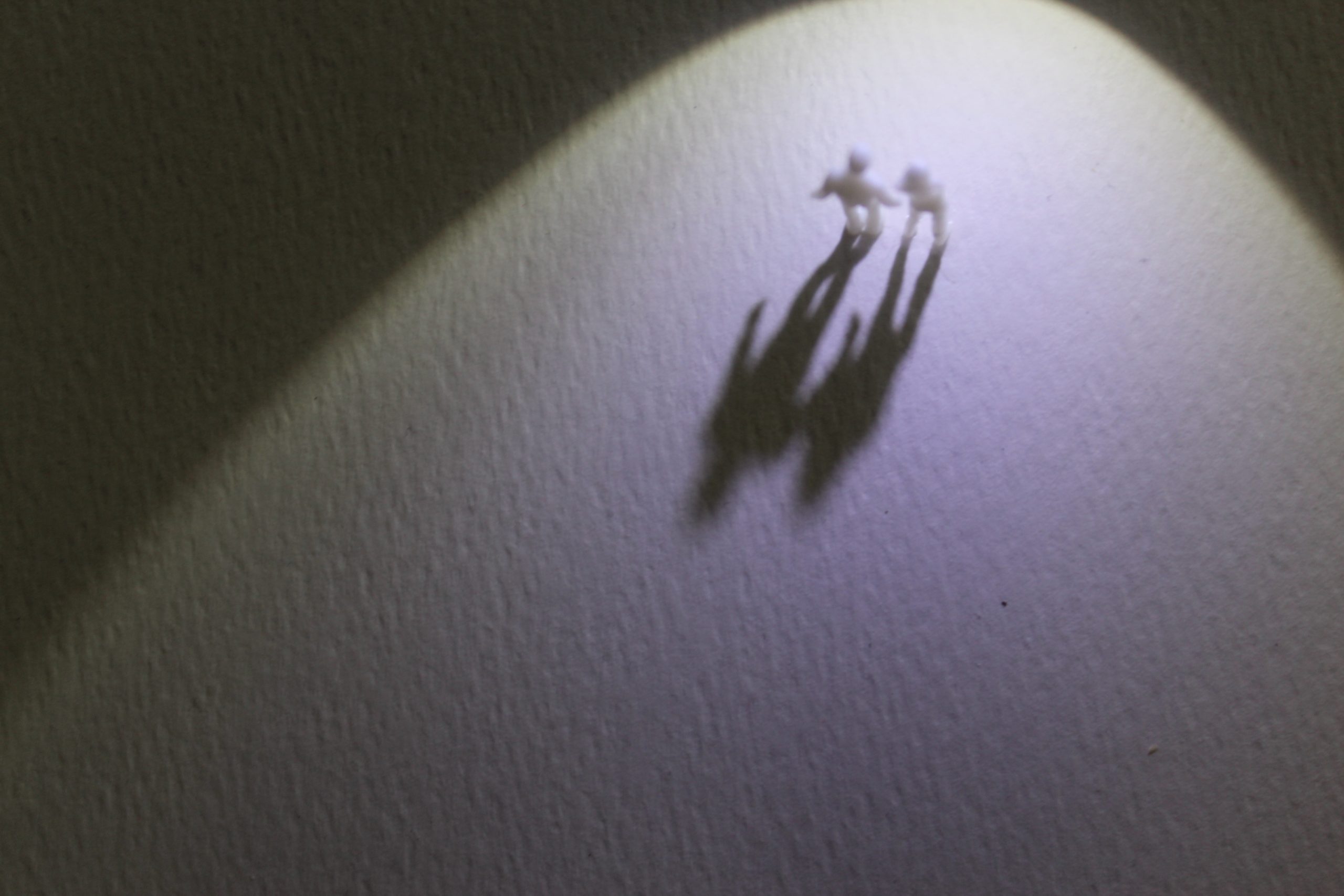 Having glued a pair of the little people onto a piece of card I used various light sources to make different cast shadow images. As I was just pointing, shooting and messing with light I didn’t really think about the narrative. But it was clear after reviewing the images on the laptop that some worked and some didn’t. Some suggested conversation , the distance between, embarking on a path together or a tense argument.

The honeymoon period is over with this work. I’m bored of it now, the daily dialogue has waned. The gaps between paid work and being able to have time to work on new work have been hard to grab. That hasn’t helped. I’m not sure if that has caused the disconnect or if this idea has run its course. Either way I’m taking some time out from it. I can always return when and if the time is right.