Echoes from the Labyrinth 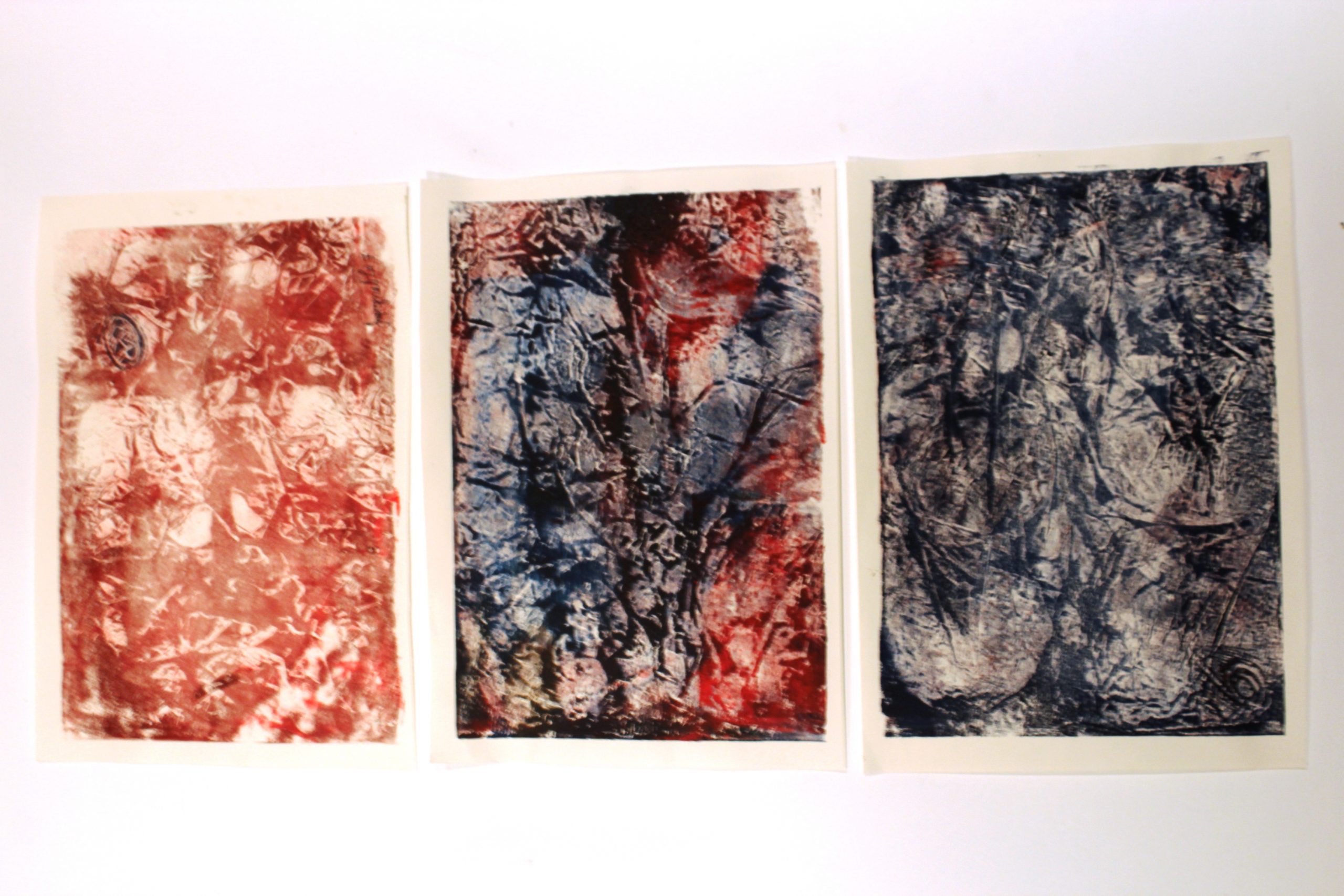 10 Jan Echoes from the Labyrinth

This idea surfaced in the ‘sitting in the labyrinth’ phase. To create a series of mono-prints that might capture ‘ideas and feelings projected onto atmosphere’. I struggled to give it some structure and not just chuck out a load of experiments.

I knew I wanted to make 44 of them – one for each year in the metaphorical labyrinth (and my age). I knew I wanted to have them to be textured with the fractured pattern, like walls. Unlike previous fractured works I needed colour, to represent seasons or passages of time morphing and merging into each other. I had collected a bunch of relevant words during my research. Some descriptive, literary, locations, relating to history and other languages and cultures but all relating to Labyrinth. In sequence they tell a story, now they are the titles of each print. (I struggled with whether or not to incorporate the titles in the gallery below (as it interrupts the visual) but they match the order of the prints top to bottom.) l I wanted to include the lino cut petroglyphic symbols, like walls markings. Graffiti in the labyrinth.

After the session with Kimberly on the 12th Dec I decided to organise the elements in a functional grid. Plotting out my plan of action, inspired by Stephen Willats diagrammatic mapping (but not as aesthetically pleasing as his work). James Joyce used a similar approach for his organisation of Ulysses, colour coding, body parts and location corresponding to imagery and symbols used in each chapter.

Fair play to ya if you’ve lasted this long into the post. It’s a rather indulgent one. Albeit a very cathartic exercise on colour studies, cheers Albers and the delightful Chroma by Derek Jarman. I pulled inspiration from the paintings of Cy Twombly (Cycles and Seasons book) for surface. A very enjoyable collection of work done, though a part of me is relieved its finished and over!