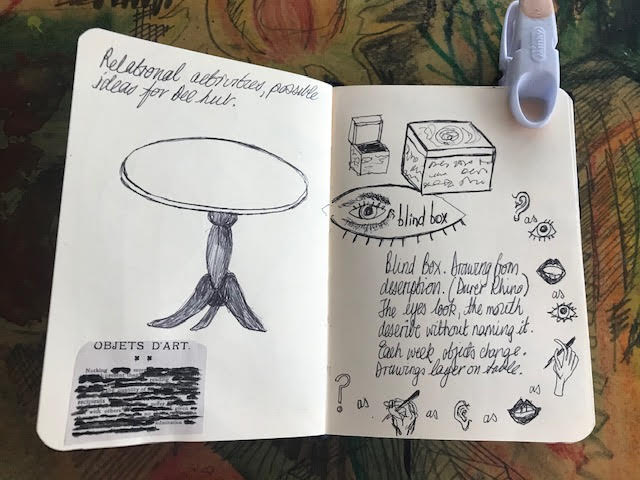 “Curiosity about the object of knowledge and the willingness and openness to engage theoretical readings and discussions is fundamental. However, I am not suggesting an over-celebration of theory. We must not negate practice for the sake of theory. To do so would reduce theory to a pure verbalism or intellectualism. By the same token, to negate theory for the sake of practice, as in the use of dialogue as conversation, is to run the risk of losing oneself in the disconnectedness of practice. It is for this reason that I never advocate either a theoretic elitism or a practice ungrounded in theory, but the unity between theory and practice. In order to achieve this unity, one must have an epistemological curiosity—a curiosity that is often missing in dialogue conversation.” (Freire, 1968)

This was the quote that hooked my attention in the PDF of Pedagogy of the Oppressed. In sum the Paulo Freire book is “an approach to education that aims to transform oppressive structures by engaging people who have been marginalized and dehumanized and drawing on what they already know.” (Saxon & Vitzthum) Personally this quote seemed to capture all the tensions at play in a socially engaged practice. I felt it was relevant as I prepare for my next project – “This is tomorrow” with a youth group of teens in a local youth work community hub scheduled for Q1 2021. I wanted to design a number of encounters that would embody and encourage this curiosity: co-created outcomes as a direct result of our intra-action with the relational objects and being in action. The knowing only becomes apparent to all of us in reflection. What have we made together?

In the book ‘Curiosity’, page 99 features Durer’s woodcut of a Rhinoceros created in 1515. It was based on a verbal description and an anonymous rudimentary sketch. The outcome is accurate in parts and utterly fantastical in others.

Thinking on, in and around this method has occupied me for weeks. How drawing from a description seemed to create a different potential in the outcome. In a previous encounters I experimented with drawing to/from sound – from music. The dialogue (draw/listen/sound/looking) becomes part of the process and embodied in the final art work.

In the studio I experienced a transformative freedom when the rigors demanded by visual observation were negated for other ‘rules’. Listen and make marks.

For the Youth Work project I want a set of relational tools and objects that would create a space for this curiosity, This project was submitted and tendered for back in July, as the project lead I coordinate the budget, schedule and execution of the programme, to be delivered by me and two other artists.

I have been wanting to incorporate a round table into a project since April 2020 as a relational alternative canvas/object of sorts. A surface to gather marks made, colour and drawn lines. Combined with a series of objects and prompt cards that could be used to initiate a series of encounters with the group. It’s all a little loose at the moment but I am allowing it to resolve gradually through the notebooks and studio experiments while we are all still in lockdown. I have been enjoying the slow pace and letting my pot of ideas simmer away until I can return to the field.

Dillion, B (Ed.) (2013) Curiosity: Art and the Pleasures of Knowing. London, Hayward Publishing.