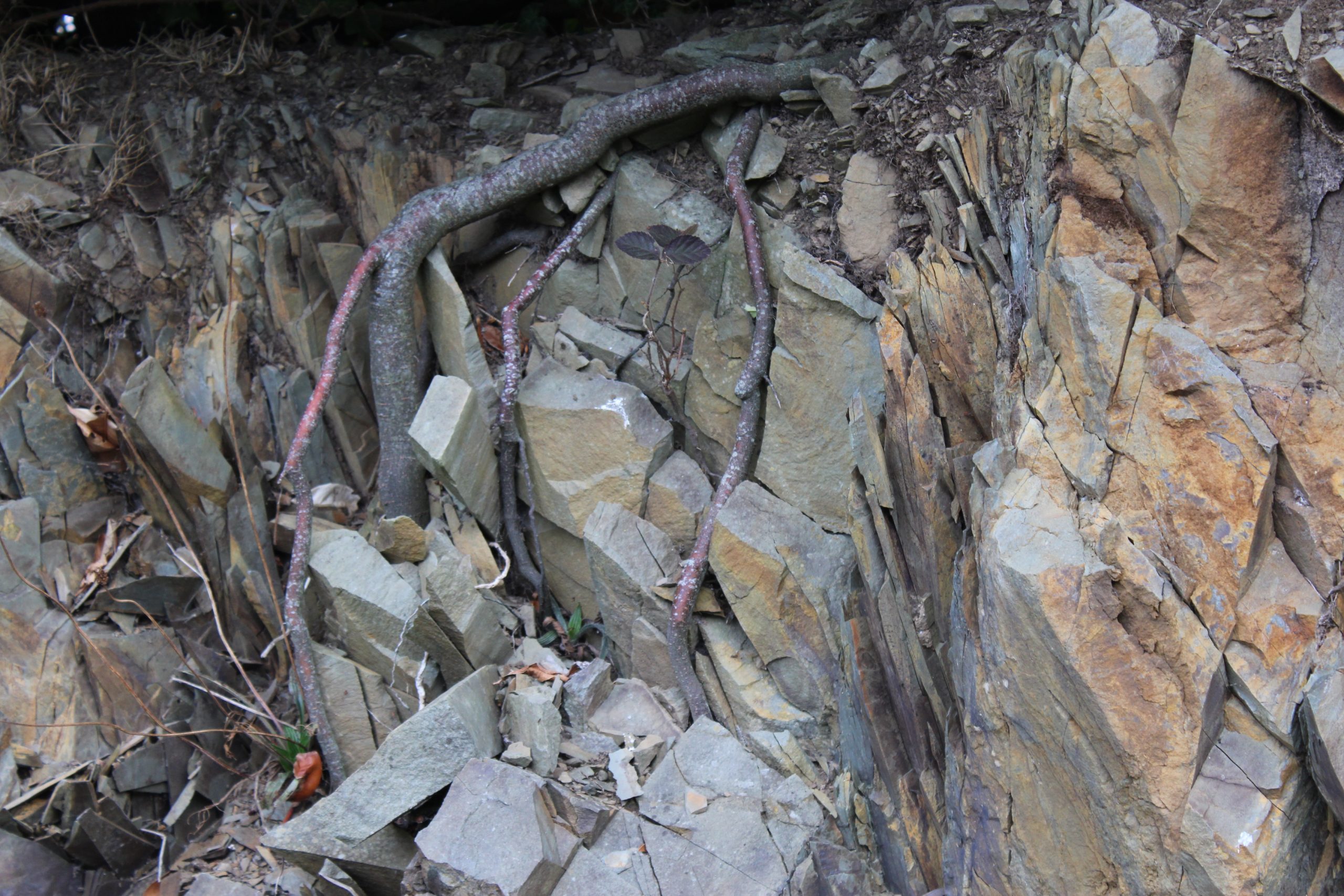 I played with paper, using maps, thread and colouring pencils. I used the colours of hazard tape (black,yellow) and the red thread to play with divides and joining the 2D experiments.

I also noted words that explored fracture – fragility, collapse, and comminution. Comminuted was a new one for me. Words are particularly potent in the fracture of relationship. Letters frame words.

Reduced to minute particles or fragments. Comminution is the reduction of solid materials from one average particle size, by crushing, grinding, cutting, vibrating  or other processes. In geology, it occurs naturally during faulting in the upper part of the earths crust. [Wikipedia 25th Oct].

Where I live the ground is shale. Brittle and fractured. The patterns in the rock are constantly changing, breaking and collapsing in the rain.  Despite the inhospitable terrain things still grow.
“To the north of the central plain, where the ice melted last, the scraping ice has moulded the landscape into tens of thousands of tightly-packed hillocks called ‘drumlins’. These drumlins, which extend from Donegal Bay in the west to to Strangford Lough in the east, are not good agriculturally, and has tended to produce a natural barrier to settlement throughout Irish history.” [J Wesley online ]

O stony grey soil of Monaghan
The laugh from my love you thieved;
You took the gay child of my passion
And gave me your clod-conceived.

This letter was written on the 6th November 1974 by my birth mother. It is a photocopy of the original that was on my file in Bessborough Mother & Baby Home, Cork. I obtained it in 2014 as it was part of a larger file of information that I could access under the freedom of information act 2012. Some details were suppressed. By layering over the top with the fault lines drawing I am hoping to capture a sense of our landscape since.