Imbolc – i mbolg-in the belly 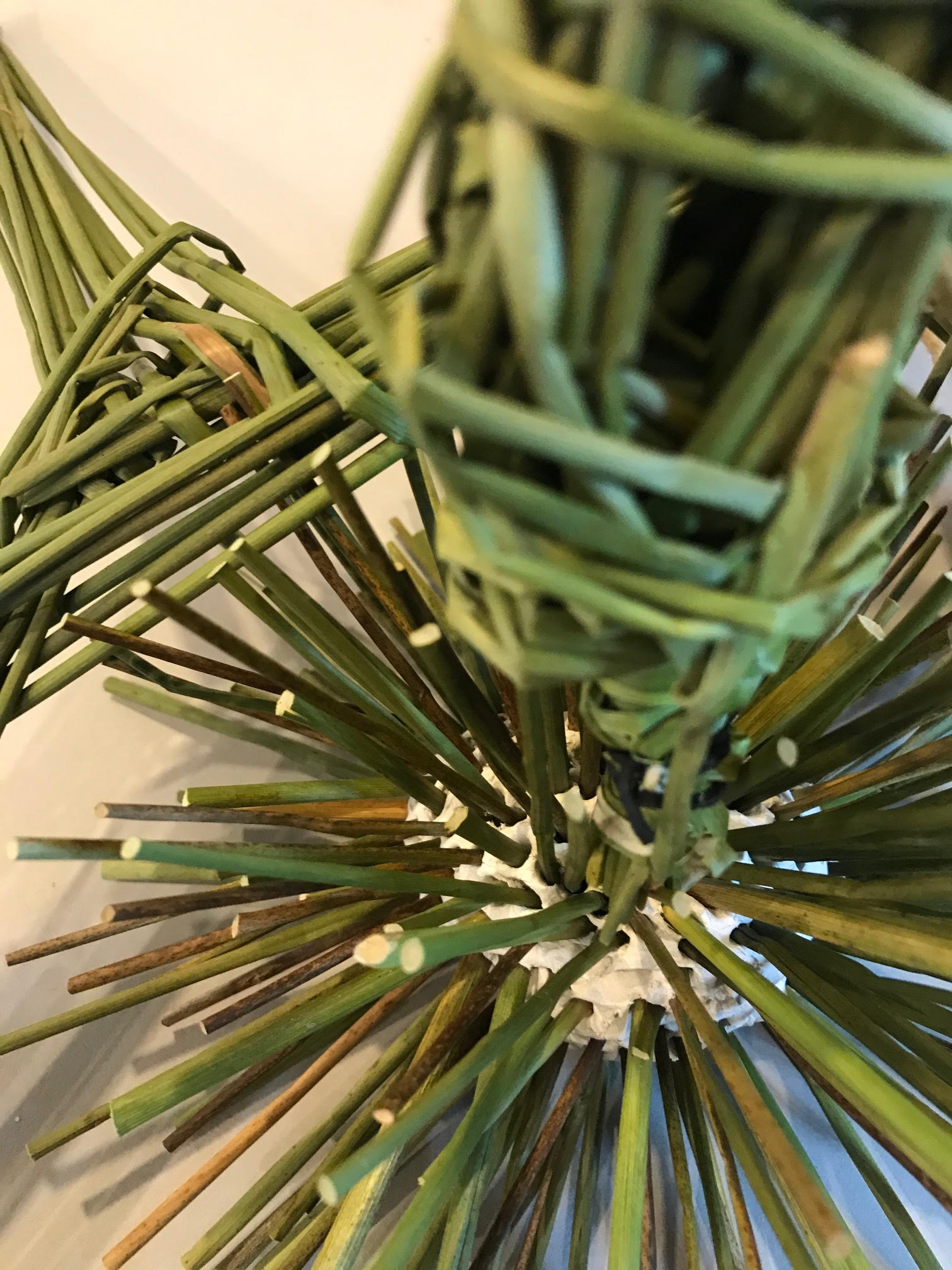 There is something that drives me, from the gut or belly to take a material and make with it. I’ve been responding to materials in the studio. A bag of rushes left on my doorstep. Making from my ‘bolg’ and creating tools to contain in the cabinet. Objects drawing from place, geometry, traditions and cures – offering protection.

Making a Bridget’s Cross is a custom in Ireland. The Bridget’s Cross is made out of plants called rushes for hanging above the entrances to dwellings to invoke the help of Bridget in warding off disease. It is thought to keep evil, fire and hunger from the homes in which it is displayed. Bridget’s Day is celebrated on the 1st February (Imbolc) each year and the crosses are made at that time. These rushes were collected from wetlands nearby.

Imbolc derives from the Old Irish i mbolg meaning in the belly, a time when sheep began to lactate and their udders filled and the grass began to grow.

The Mound of the Hostages at Tara is a Neolithic Period passage tomb, contemporary with Newgrange which is over 5000 years old, so the Cross Quarter Days were important to the Neolithic (New Stone Age) people who aligned the chamber with the Imbolc and Samhain sunrise. In early Celtic times around 2000 years ago, Imbolc was a time to celebrate the Celtic Goddess Brigid (Brigit, Brighid, Bride, Bridget, Bridgit, Brighde, Bríd). Brigid was the Celtic Goddess of inspiration, healing, and smithcraft with associations to fire, the hearth and poetry.

The Brigid’s Cross is one of the archetypal symbols of Ireland, while it is considered a Christian symbol, it may well have its roots in the pre-christian goddess Brigid. It is usually made from rushes and comprises a woven square in the centre and four radials tied at the ends. A three radial cross is associated with the triple and traditionally hung in the shed for the animals.

Another old tradition involves hanging a piece of red flannel on a bush from the 1st to the 4th of Feb as a cure for the throat. I hung mine outside to catch the dew while Brigid passed over.