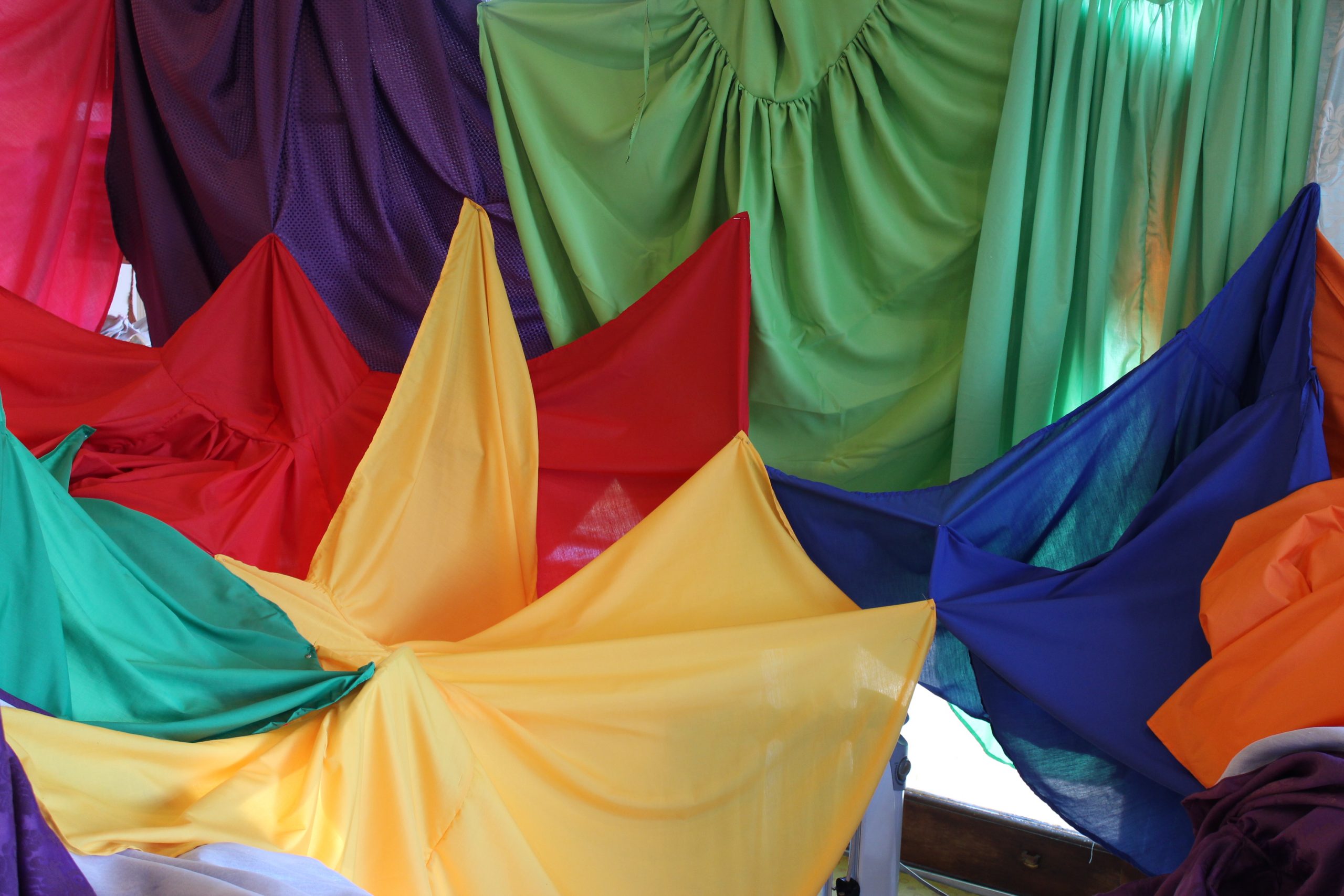 Cyprus, Cheshire, Qatar, Bangkok, Hong Kong, Dublin here and there. We were a motley crew and it was great to start the weekend with this group of some fresh and some familiar faces.

After some introductions we discussed our intentions for the day – mine being, make a cape and play with all the capes together as a soft sculpture.

Notes I made – Relationships with landscape – lens as a point of context. Playing with perfect views. Taking 2 viewpoints, colliding them so the two react together. How do you feel if nothing happens? Catalyzing and recording. Non places. Material – stone interrupting paper. 30 seconds the time spent looking at art. Rings of Saturn. Stoats. Shape shifting. The dynamic shift from working across the two MA years was very valuable, we also get to follow each others blogs which brings its own knowing and interruption to practice.

I was focused on cutting, pressing and stitching, using a lined curtain I wanted to make a cape that had an inside and an outside and could be worn both ways. It will be one of the ways of recording the performance. It could be painted on and drawn on during the exhibition by people. For the first time in 13 capes, I sewed a hood on backwards! How dysfunctional, I decided to leave it as it maybe describes an inside/outside cape more accurately. I also wanted to use more pleating and folding to form the cape (having met with my collaborater Caoimhe on Wednesday and being inspired.)

I had an hour to play with assembling all the capes together. I had been worried about how to join and attach them temporarily but the answer was really there all along. In the same way I make them – with pins. I had bought some little looped clips which helped too. Using easels, ironing boards and other things already in the studio I built this.

There is no public access to the studio this week as we have a mid term break so I plan to draw, play, be inside, lie under and record aspects of the installation. I called it a Shrine of Capes. ( A nod in the direction of my ritual theme, I was reminded of the Ex Voto Shrines I found during previous research – how things were hung in gratitude)

Chat box feedback sheds more perspectives on the potentiality of future work with the capes.

12:12:14 From Bowie Lee : Susan – Shrine is just a great idea!! I actually met a french artist who made a garment with a performance blowing balloons…. I’ll send you her page later
12:12:20 From Jo Nichols : cape landscape
12:12:31 From kimberley foster : cape installations
12:12:53 From Elena Anastasiou : theres like a hierachy there Susan. the bottom ones trying to reach the top ones
12:12:59 From Bowie Lee : also reminds me of tibet susan !
12:13:11 From Rhoda Fisher : Susan, what would happen in you jumped in a lake with the cape? Will they float, bubble up?
12:13:23 From B Watkinson : once people are wearing them, they are colours personified – anthropomorphic:-)
12:15:03 From Elaine Crowe : to susan – shelter ,movement, journey

By text Sally also described it as a mini Christo! Which is interesting as they have temporarily wrapped the studio.