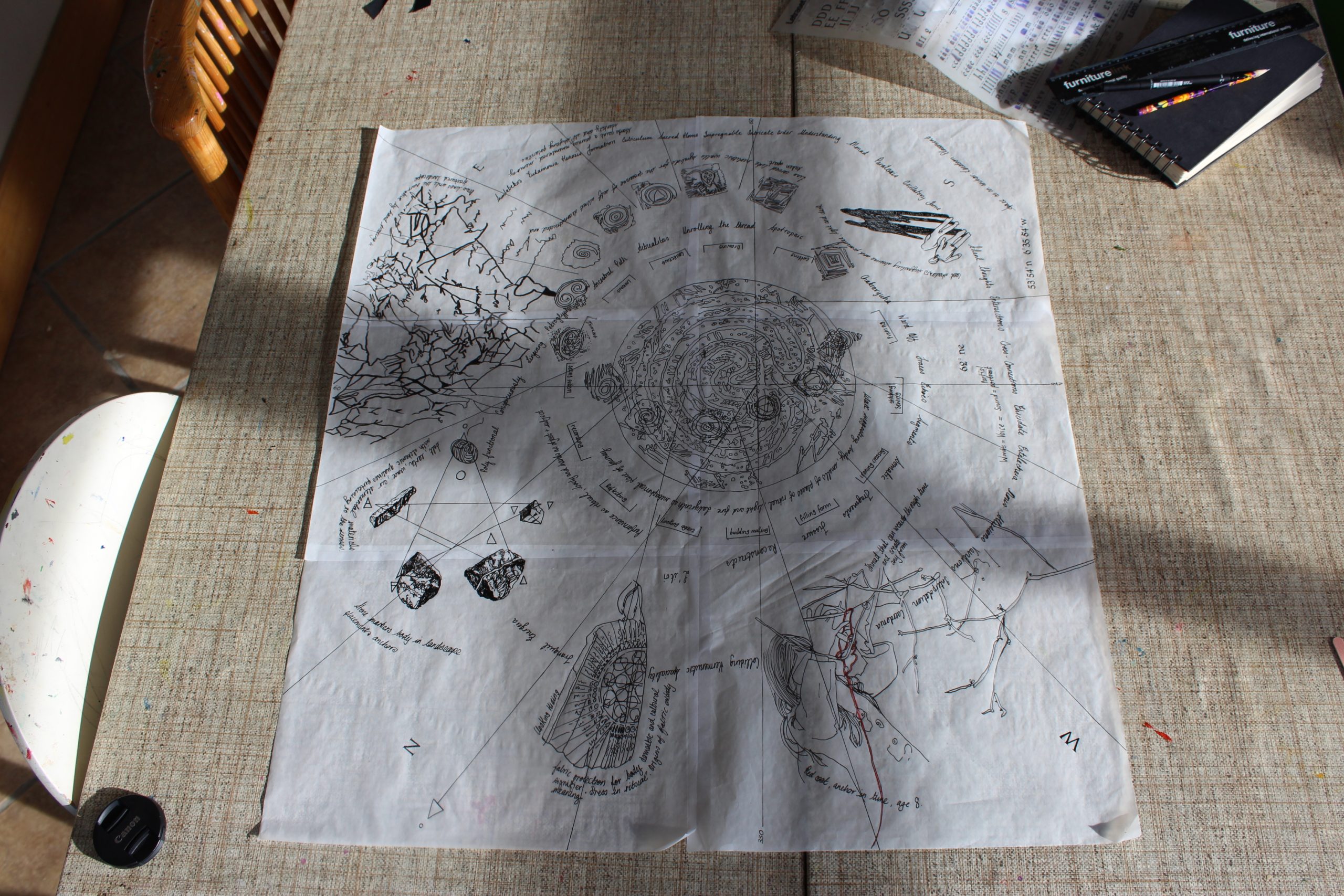 As it is so aptly described by Eknath Easwara** I’ll start here, “Ritual is the attempt, usually a group attempt, to control power, and sacrifice in particular is the control of that most imposing power which is the life-force. Now interiorization does not mean giving up on external struggles and satisfactions—very difficult for the mind to do, when the external field is all it can “see”—but rather reaching the centre of the field, beyond what the whirling mind can dream of, where all satisfaction is achieved for human beings. “

By locating abstract feelings and thoughts in materials and objects I make, I gain a better understanding of the world beyond myself. This approach is present in the work of Eva Hesse, Agnes Martin, Marina Abramovic and Louise Bourgeoise. Materiality in my practice becomes a relic in the ritual of making.

Rituals everywhere. Saying hello and shaking hands. An act, religious, ceremonial and personal. Some rituals require a costume, a mask, objects that perform a task within a ritual. The symbolism of those objects and the elements they represent. The performance required and the viewer experience completes the circle, closing the loop via the senses. The smell of wax melting in a church.

The language of making is the ritual documented. The cyclical nature spins wheels. Weaving the past into the weft of practice. Marking pins map. Folding, unfolding landscapes identity. Threads time traced narrative. The red body – the core of inside. Mouth chanted anchors.

Words spoken in a loop, a chant. A loop, a stitch, a mark, a place. Pinning mapping. Folding, unfolding – ironing creases out. Anchoring, holding safe – stitching a seam. Cloaking and revealing the inside out. Red threads – the veins through body. The fabric flannel linen red – the material form of the work provides the means by which ideas are embodied, Elements fill the core, stuffed with salt, earth, ash, wax and air. Hand made or machined? It influences and informs the methodologies of my practice. Sometimes the work seeks an emotional response, sometimes it is unpredictable. The relationship with an artwork develops over time and it changes with the space it occupies.

Stages of the ritual of making – looking thinking, collecting, sorting, seeing pattern, recording mapping, notebook planning, drawing, cutting, pinning, sewing, ironing, filling, building, looking again. And all the material aspects that are immaterial – electricity required for machine sewing, hand sewing is more archaic. Through experimentation beyond traditional grounds and moving away from ‘comfortable platforms’ I am attempting to allow the work to be something beyond autobiography. Perhaps an allegory is created, a suggestion of a ‘thing’ and understood as such. I am trying to focus attention more to consider space as material, objects that share spare with the viewer.

The hands are conduits, they are the mouth – the work speaks of something. Hands in ritual, hands in healing, performing a sequence of pattern, laying of hands, ritual hand washing. Hands via materiality allow the work to take on its own life , manifesting embodiment. Hands only scratching the surface.

[I learned this week that Egyptian art used hands to communicate something else in their hieroglyphs – two left hands on a figure mean something. Though most of the meanings are speculative, its an very intriguing notion in a portrait. Bowie also suggested a book about hands and art which I must get the name of.]

**
Eknath Easwaran was an Indian-born spiritual teacher, author, as well as a translator and interpreter of Indian religious texts.