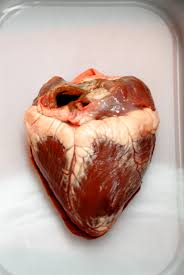 This sentence triggered a series of memories which, for me encapsulated the doing and saying of ritual. The context of Valentines Day, and its commercialized symbols. I woke with the memories brimming. The blog has become a reflective ritual so an appropriate place to put them.

When my mother moved from Dublin city to the country in 1974 she observed many new rituals. Any callers to the house would arrive at the back door, the front door reserved form important male callers – priests, school headmaster, the postman and my father. A very country thing, rooted in the traditions of servitude. Most traditional Irish cottages only had one door. Self titled the ‘original desperate housewife’, she always preferred the garden and playing music (my first feminist role model). She enforced a new ritual, all callers to the front door and would ceremoniously escort wanderers round to enter the symbolic mouth of the home. Certainly not the business end, if not to save them from the horror of an unkempt kitchen.

She inherited strange culinary rituals from her mother and aunt (native Kerry ladies, speaking a mix of Irish and English) their fondness for cooking offal was partially about economical nourishment, and heavily focused on cures and healing. It didn’t always translate well. The initiation meal, in her first home as a married woman, presented with pride to my father was a stuffed beef heart. A symbolic offering of love to consume together. Deeply disturbed by the sight of the bulging vessel my father fled to the chip shop. Weeping over the rejected heart, she carved it in two, attempting to eat half. Instinctively it felt wrong, she wrapped it up in paper and buried it in the back garden. In that moment she realised she could begin her own rituals, fish* and chip supper with no labour involved. Permission to have a night off from kitchen duties was a progressive stance in 70’s Ireland.