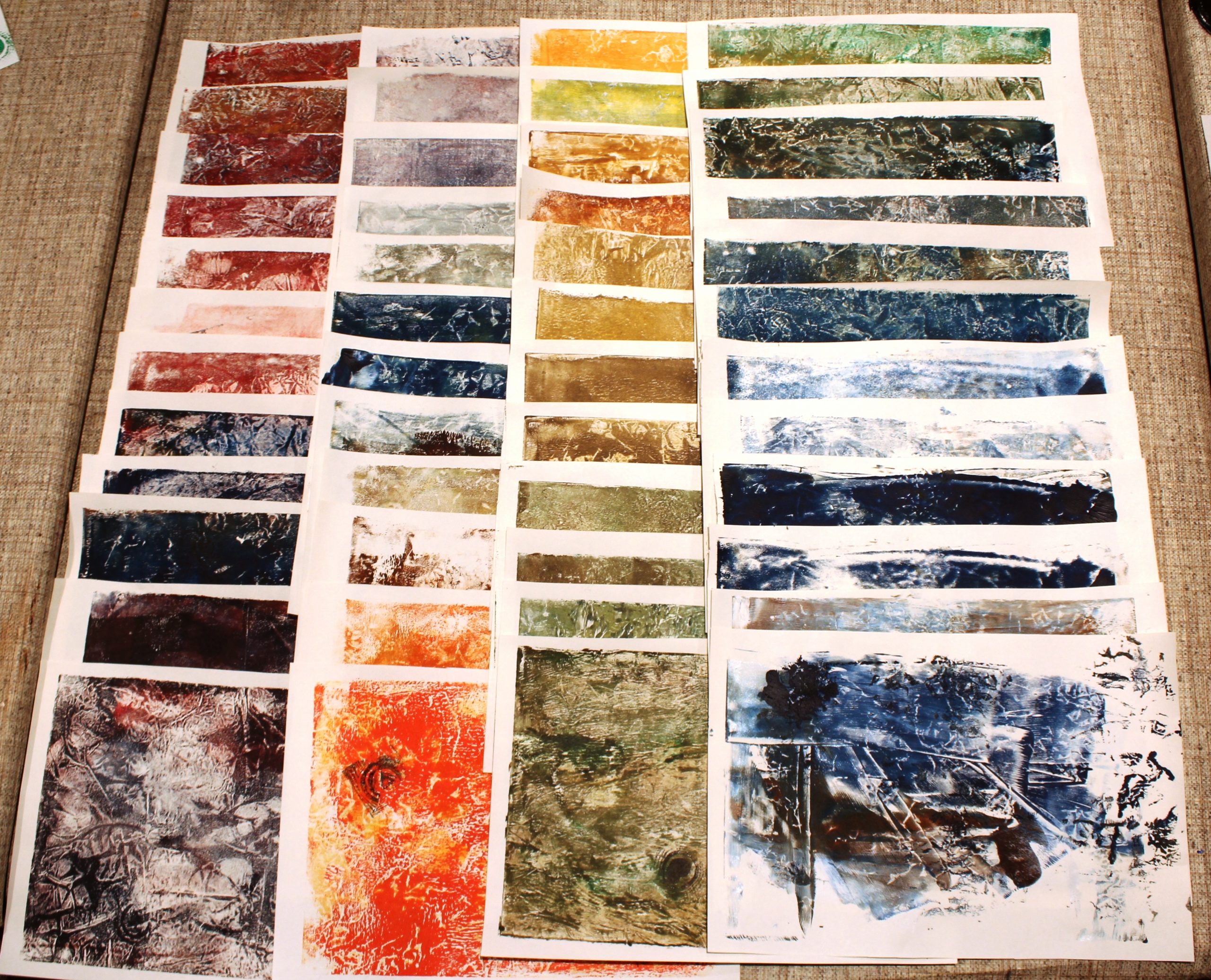 In a blog post from January 10th I featured 44 monoprints with titles relating to echoes from inside the labyrinth. [There is a love of words within your journal, especially January 10th, could these actually start to infiltrate the artworks?] I was interested to see how the words would sound.

I used some free voice to text software to test the outcome. I was pleased with the robotic punctuated breathless chant that came from the experiment. I tried 2 versions so I’d be glad of your opinions/preferences. Scripts below. I may use this in an installation, with the previously made fabric forms.

Formation – the action of being formed

Sacred Home – a shelter for your soul

Impregnable – unable to be captured or broken into

Understanding – a relation between the knower and an object of understanding

Monad – a term, a “unit” used by philosophers to signify a variety of entities from a genus to God

Parataxis – a literary technique, in writing or speaking, that favors short, simple sentences

Oscillatory game – a game that returns to its original state

Silent thoughts – words that come from the void

Intersections – where roads meet and cross

Cross-connections – a connection made between two or more distinct things

Colliding – coming into opposition with something

Energeia – the actualisation of potential

Conspicuously – in a clearly visable way

Lingering – lasting for a long way

Actualitas – anything which is currently happening

Apotropaic – have the power to ward off evil influences

Ward off – to keep something from happening

Segments – divide something into different parts

Somatic – relating to the body

Fragments – a small piece thats come from a larger whole

Fissure – a tear in the body or a rock

Reconstructs – to reform a structure

L’itoi – the man in the maze

Bob spoke to me of an arseverse* and I may yet inscribe the words into some wood. I just need to get my hands on a pyrography tool. In written form the script for cut 2 takes the form of an arseverse.

*ARSEVERSE, n. A spell written on the side of a house to ward off fire.s.Sc. 1898  G. W. M. in E.D.D.:
Known by old persons some years ago.Rxb. 1825  Jam.2:
Arsé-Versé. A sort of spell used to prevent the house from fire, or as an antidote to Arson, from which the term is supposed to be derived.[Most prob. borrowed from north.Eng. dial. The acute accent in Jamieson’s spelling seems to show a confusion between the word and arsy-versy, q.v. in N.E.D. and E.D.D., unless it be the result of an assim. to reduplicated compounds like hurly-burly. Arse from Lat. ars-us, pa.p. of ardēre, to burn + verse = word-spell.]
http://www.dsl.ac.uk/entry/snd/arseverse