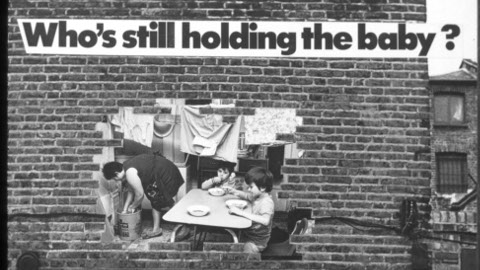 The soldier artists that walk ahead of the army.

An army with manifestos, social commentary, crossing boundaries, radical subject matter, re-framing compositions and destruction as a weapon. Anti-object, egalitarian and crudely made, never elitist. Unscripted, ad-hoc ‘happenings’ involving the audience. Activities performed to music, blurring the lines between accepted conventional artworks and a theatrical concert. Unusual ways of making, parodies. The importance of destruction, is it challenging a system or objecting against a system or both.

War and protest are frequently a soundtrack to the works produced. How could art as a luxury item be relevant in a world struggling with conflict. Morally can pretty pictures hang in the company of Anti Americanism, horrors of Vietnam and fights for democracy. Neo Avant Garde seeks the change and voices its dissatisfaction.

The art of failure is always hard to master. To produce something that is art, but cannot be a commodity or desirable is a big ask. The outputs were intended to be critical and challenge the controlling, ruling elite.  Yet so many of the works in the presentation are all on display in galleries now and have a value. The antithesis of the concept of Neo Avant Garde.

[And now we’ll move onto the token slot dedicated to art by women, said cynically] There is no doubt in mind that the work displayed by Harrison,Hunt & Kelly is more than a mere sociological study. Situated in an art context it quietens the accompanying noise that often presents itself in that shock of seeing data around issues of pay rates and the glass ceiling. I have always had a soft spot for Jo Spence and the Hackney Flashers. I recall my student union days, in 1993. This image above was used to champion a subsidised creche for single mother art students. Twenty years on, it was still relevant to the social cause it championed. The flashers would have approved.

Let’s take a moment to look at work by the Yves Klien directing his beautiful naked female helpers, into printing their bodies for the artist in his trademark blue.
Creating objects for the male gaze, but also as a tool for representing, expressing, and enforcing patriarchal values.

So why did he not use men or indeed himself? And I stumbled across this interesting article [https://www.bbc.com/news/entertainment-arts-37632356]. I’ve spent a good while online trying to find an image of his own body, printed, but I haven’t found it yet. I might just offer a reward to any party that finds it.

Did he ask men to do the same?

I think he did it with himself and perhaps a couple of men.

There are some. I think there is a huge one where there is a man flying around in space in a print.

But perhaps it was a hint to the fact there should be more women artists.

There are not so many in history so far.

This glimpse of Neo Avant Garde, as presented in the lecture, shows the many efforts made to rupture convention by rejecting the universal apathy of modernism, challenging art as commodity (not always successfully), providing different viewpoints with open thinking overall has been engaging. Commentary on social and political issues also well represented. I can’t help but feel disappointed in the lack of art beyond the 1970’s, or maybe that’s another lecture for another day. Personally I feel issues around gender are not entirely being challenged. Paradoxical or not, stripping to expose, props like lipsticks and gowns all seem to be a signifier of the world that the Neo Avant Garde was trying to destroy.