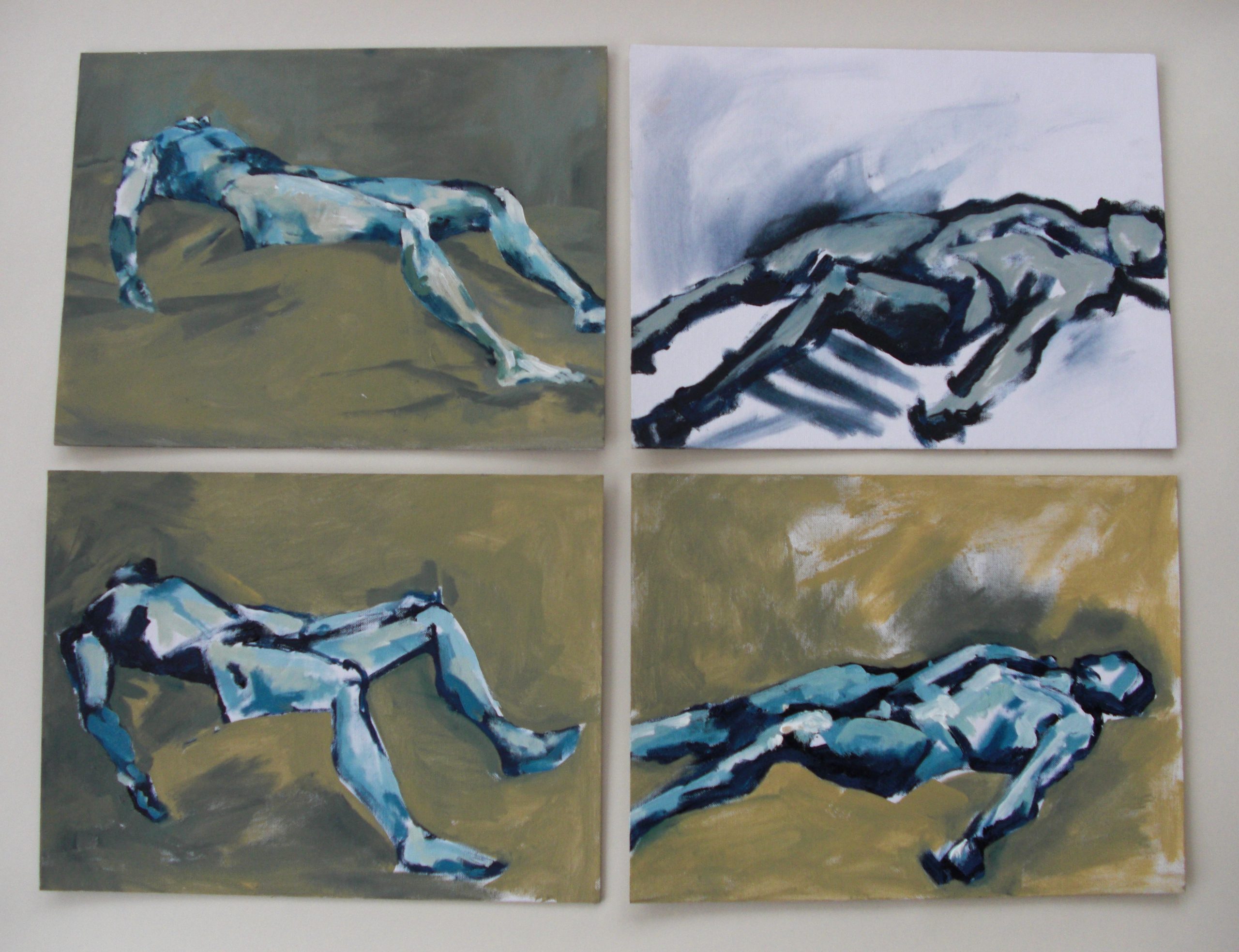 Success is a good make. An original thought resolved visually over a series of stages. A stranger connecting with an exhibited piece independently, maybe resulting in a sale. Critical and constructive feedback from peers.  It nearly never is a finished piece, it’s a feeling that a proverbial lid has opened on a jar or a door has opened. When a friend gives me a music recommendation and it’s just what I wanted to hear at that moment. Maybe success is about timing? Knowing that I can take something and return to it at anytime. That the idea has not abandoned me. The cycle of making is precious, the process at different stages. I like to record it, to reassure myself and acclimatise to the cycle of birth and death that is natural when you create art. The work can die and be reborn, moving on in this state, without me,  like a clock. Success was attending a life studies painting boot camp in the Royal Hibernian Academy in Dublin for 5 days, keeping my nerve in a room of others, addressing tone and form, making time based studies and hitting off a theme I was interested in – The Prone Body.

Notes: The prone body depicted in painting often refers to the dead, in 1521/2 Hans Holbein the Younger painted ‘The Body of the Dead Christ in the tomb’ and its strange coffin like shaped canvas.